The ranch has been in the Grande family since 1877 when two brothers, Martin T. and Anton Grande, responded to the “American Fever” and traveled from Norway to the United States. Anton decided to go to South Dakota to take part in the gold rush. M.T. traveled straight to the Montana Territory where Anton joined him after his time in the Black Hills.

Today, John A. Grande is the fourth generation to ranch on the property that the Grande brothers homesteaded and bought for ranching more than one hundred years ago. John is Hertha’s husband and they run Angus/Simmental/South Devon cross cows.

The ranch is still very much a working cattle ranch. During your time at Grande Ranch you may see ongoing ranch activities, such as livestock handling, haying, and other activities going on around you. We will be inside a large barn with a round corral when we are working with the horses and coaching.

The historic bunkhouse was built in 1917 and was remodeled in 2018. It is situated in the middle of the Ranch and allows you to experience the hub of ranch life with immediate access to beautiful scenery and be close to the horses in their pasture.

It is a small, self-contained, comfortable space. The kitchen holds a full- size refrigerator, coffee pot, and stove with plenty of counter space. There is a comfortable living area with windows looking out on the Ranch and a dining table that seats four. The bunkhouse has one bedroom with a queen bed, one bathroom with a tub/shower, and heating can be supplemented by an antique wood stove. 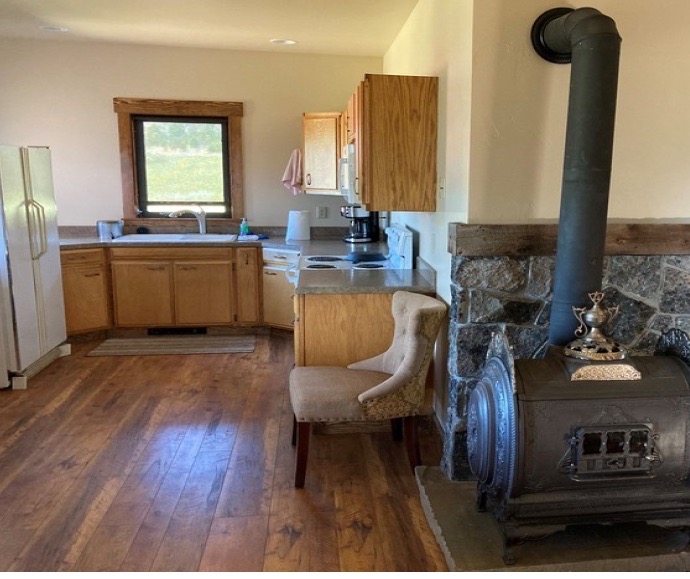 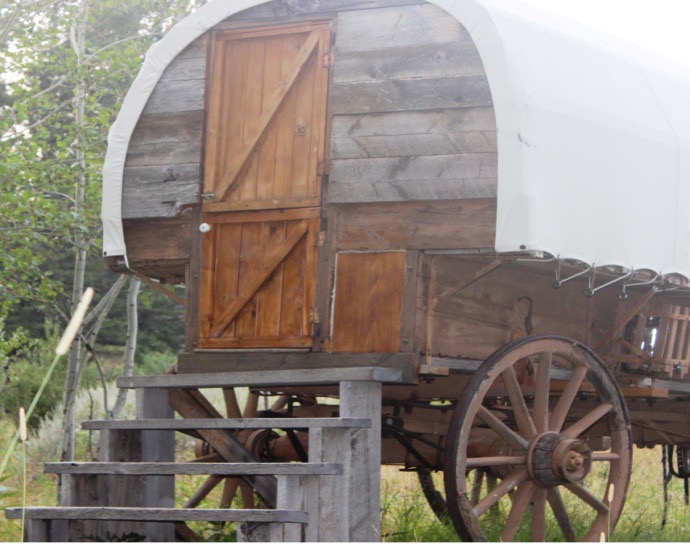 The Grande Ranch is situated near Lennep, Montana; a beautiful ghost town that contains an abandoned general store, post office, and a stunning Lutheran church. Lennep is at the bottom of the Castle Mountains and was once a station on the Old Milwaukee Railroad.

To the east of Lennep by about 10 miles is the small town of Martinsdale, which is another historic site, housing the Stockmen’s Bank which is listed in the National Register of Historic Places. Martinsdale is close to the South Fork of the Musselshell River; a wonderful river for fishing. It is also home to the Bair Family Museum.